Sometimes only hindsight can provide insight. Christina is returning home from a funeral and has no eyes for the beauty outside her window. The brilliant sunshine above and shimmering sea of clouds below are lost on her as she retraces the years that have passed.

Susan firmly believed that people should have a reverent attitude when sitting in church. So when her daughter Christina kept whispering and laughing right through her own wedding ceremony, Susan was visibly shaken. She knew her daughter had a rebellious streak and didn’t care much about God, but this behaviour was outrageous. She decided that she would pray for the new pair to take God seriously.

Two years later Christina and husband David decided to move to America, and Susan felt very upset by this decision. Not only for herself, but also for her daughter. Christina would loose the influence of her family and with it her last vestige of Christianity. Susan feared that America was even less godly than England, and that her daughter was entering heathen territory.

As time passed, Christina made many friends and through their influence drifted into new age beliefs. When Susan eventually came to visit, Christina told her with enthusiasm about the god within her and that some day she would be born again as another being. Susan was now convinced that her fears had been realised. She felt very disillusioned and started questioning God. Had He not heard one word of her prayers?

But then one day Susan received a phone call. “Mum, I’ve finally found the truth! I’ve been born again and am now a Christian!” “But you always were a Christian,” Susan puzzled. “You were brought up in the traditions of the Church!” “Ah, but I wasn’t a Christian,” Christina explained. “I didn’t understand why Jesus died for me on the cross. I might have been a bit religious when I was younger, but I never understood the consequences of my sin. I never knew Jesus died for me personally. Oh Mum, I wish you could see what I can now see! This is so fantastic. I’m a new person, and I walk with Jesus every day. Will you come to my baptism?”

This was not at all what Susan had prayed for; this was far too fanatical for her taste. And being baptised again, well, that was total sacrilege! All she had wanted was a daughter who would live a good life, regularly go to church, and be respectful toward God. But not this! Susan politely declined the invitation.

And then things got worse. Because Susan was a passionate teacher who loved her profession, good schooling was very important to her. So when her daughter informed her that she was going to home school her four children, she was horrified once again. They would miss out on so much! And socialisation with peers was so important! Although Susan was happy that they now had more opportunities to spend time with her in England, she continued to find fault with the way her grandchildren were being brought up. Everything was so focused on Jesus as Lord and Saviour that it made her feel most uncomfortable. She didn’t like fanaticism.

And then, 12 years later, Susan died. Did she go to be with God? Christina didn’t know. She was realistic enough to realise that her mother may have been purely religious, because she had always resisted Christina’s faith and had never been concerned with the salvation of souls. Yes, Susan had gone to Church and had been keen on upright living, but she had never worried about eternity and where people would spend it. She had simply believed that most Western people were Christians by birth through being baptised into the Church, and that they would all go to heaven if they lived a good life. She had even considered her husband to be a good Christian man, and yet Christina knew that her father did not see himself as a sinner, and that by his own confession he had no need for Christ. But God alone knew her mother’s heart, and Christina kept hoping against hope that one day she would see her again.

On her flight home after the funeral Christina was lost in reflection. Her mother had once told her how upset she had been at Christina’s wedding, and how she had started praying for her daughter and new husband. At the time it hadn’t meant much to Christina, but now in hindsight she realised that God had done so much more for her than her mother had ever asked for. God had led her to a far away country in order to bring her to salvation - both of which her mother had perceived as disasters. He had led the children to be home schooled, encouraging their faith, developing godly personalities, and eventually taking them to university and great careers serving God – but again her mother had not grasped the treasures this had provided for her grandchildren.

Had Christina’s mother known the Lord personally, she would have been able to look back on all these things in a different light. What had been perceived as obstacles and disasters at the time of happening would have become occasions for praising God’s foresight and blessings. Susan would have realised the truth of God’s Word:


“And we know that all things work together for good to those who love God,
To those who are the called according to His purpose.”
(Romans 8:28, NKJV)

Suddenly it hit Christina. She had read this verse so often, but now it took shape and became reality. She, too, didn’t have to understand everything God was doing! Her part was simply to trust and obey, and God would work in all of their lives according to His perfect plan. Christina felt thankful and greatly encouraged. She was eager to get home.
Email Post
Labels: Knowing God's Purpose - in Hindsight Stories 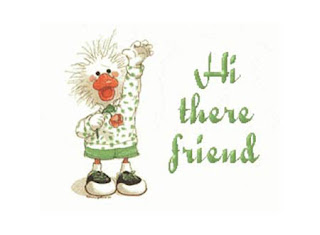 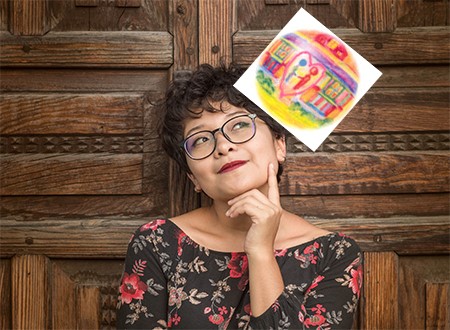 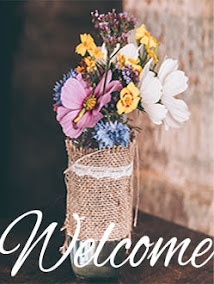